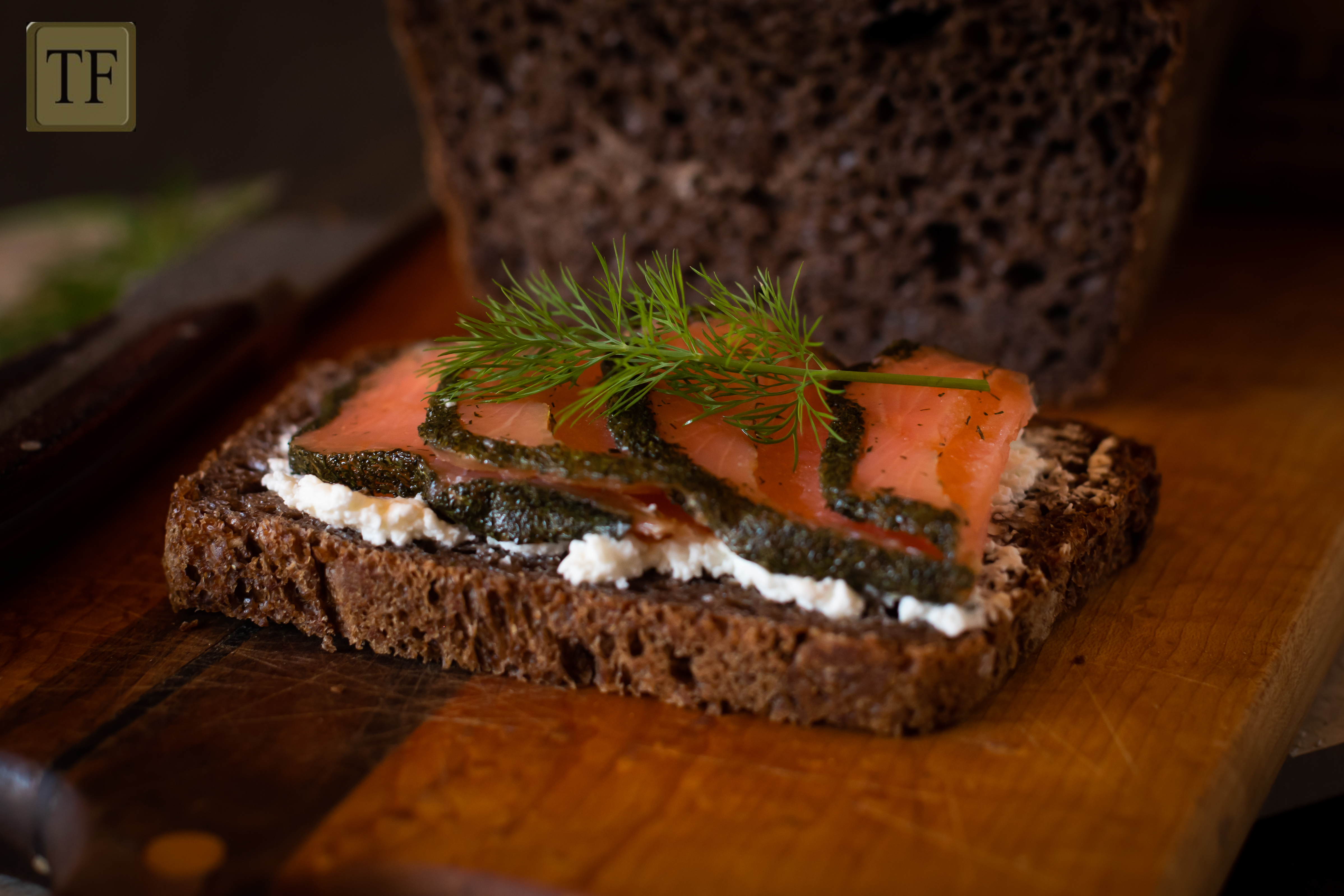 Maybe it’s the Nordic influenced area where I grew up, Ballard in Seattle, but Rye bread and Salmon always seemed appropriate for celebrating the Solstice in June.

I love Peter Reinhart‘s recipes from “Artisan Breads Every Day”, but his recipe for rye bread had way too many steps for me. I prefer his method of putting the dough together and letting it rise in the refrigerator for two or three days. So, instead of using his recipe for rye bread, I used his recipe for “Everyday 100% Whole Wheat Sandwich Bread”, and made a few changes. I switched out the type of flour, and added the cocoa and molasses that were recommended in the Rye bread recipe. It worked beautifully and was very simple to make. It had the right amount of liquid and yeast to be able to raise in the refrigerator with minimal kneading. This is going to be my basic recipe for converting recipes from other books to this method. The method Peter Reinhart describes is absolutely essential to the success of this bread, and the brand of yeast I used improved the bread immensely.