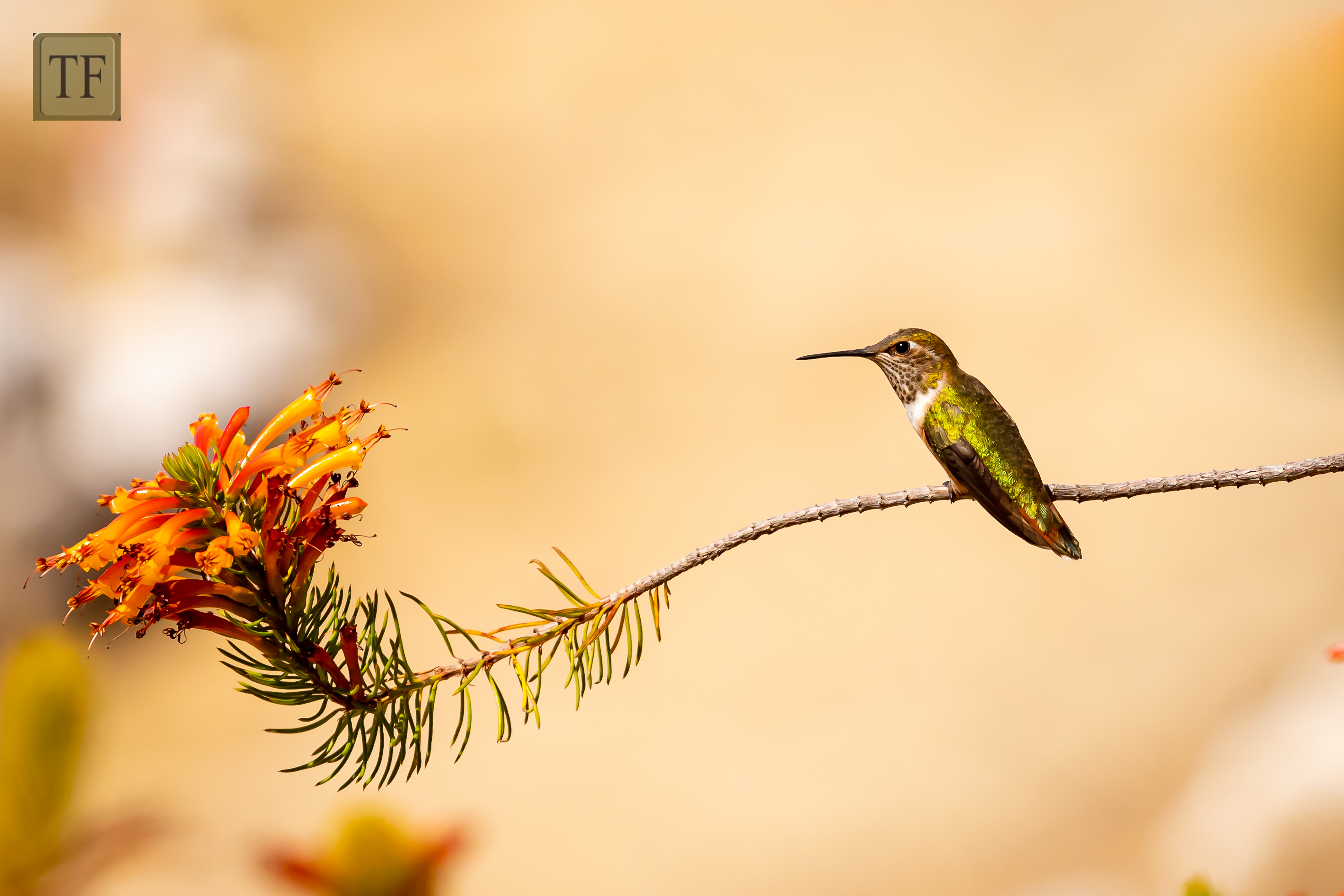 Tony took these photos of hummingbirds at the gardens in the UC Santa Cruz Arboretum.

The Arboretum at the University of California in Santa Cruz California has a large collection of plants that attract hummingbirds. We noticed numerous hummingbirds around the flowers planted in the South African Garden. We collected the names of some of the plants for planting flowers for hummingbirds in our garden next year. Additionally, there is there is a benefit to planting these flowers because they are drought tolerant. They were chosen them for the demonstration garden because they are adapted to this area and because they are drought tolerant in order to promote plantings that are helpful to our environment.

Many of these photos are of the Rufous or Allen varieties of hummingbirds. Both are green and orange and it is difficult to tell them apart. According to the online Field Guide to Hummingbirds, “The only safe, accurate way to distinguish between Rufous and Allen’s in any and every plumage is by the shapes of the tail feathers”.  Unfortunately, they were so quick that we were unable to make a positive identification, but we enjoyed seeing the unusual varieties.

The hummingbirds prefer the trumpet shaped flowers that contain a lot of nectar, and especially flowers that are red.

We noticed that they were very active on the Crimson Heath. and the Erica annectens or cliff-hanger heath.

According the UCSC Arboretum, “The Garden’s South African Garden is also home to one of the largest collections of members of the genus Erica (or Cape heaths) outside South Africa, where a staggering 605 species occur in an area not much larger than Santa Cruz County. The Garden’s Erica collection illustrates magnificently the huge diversity of color and form found in these shrubs. The peak flowering times are later Winter/early Spring and mid-Summer.”