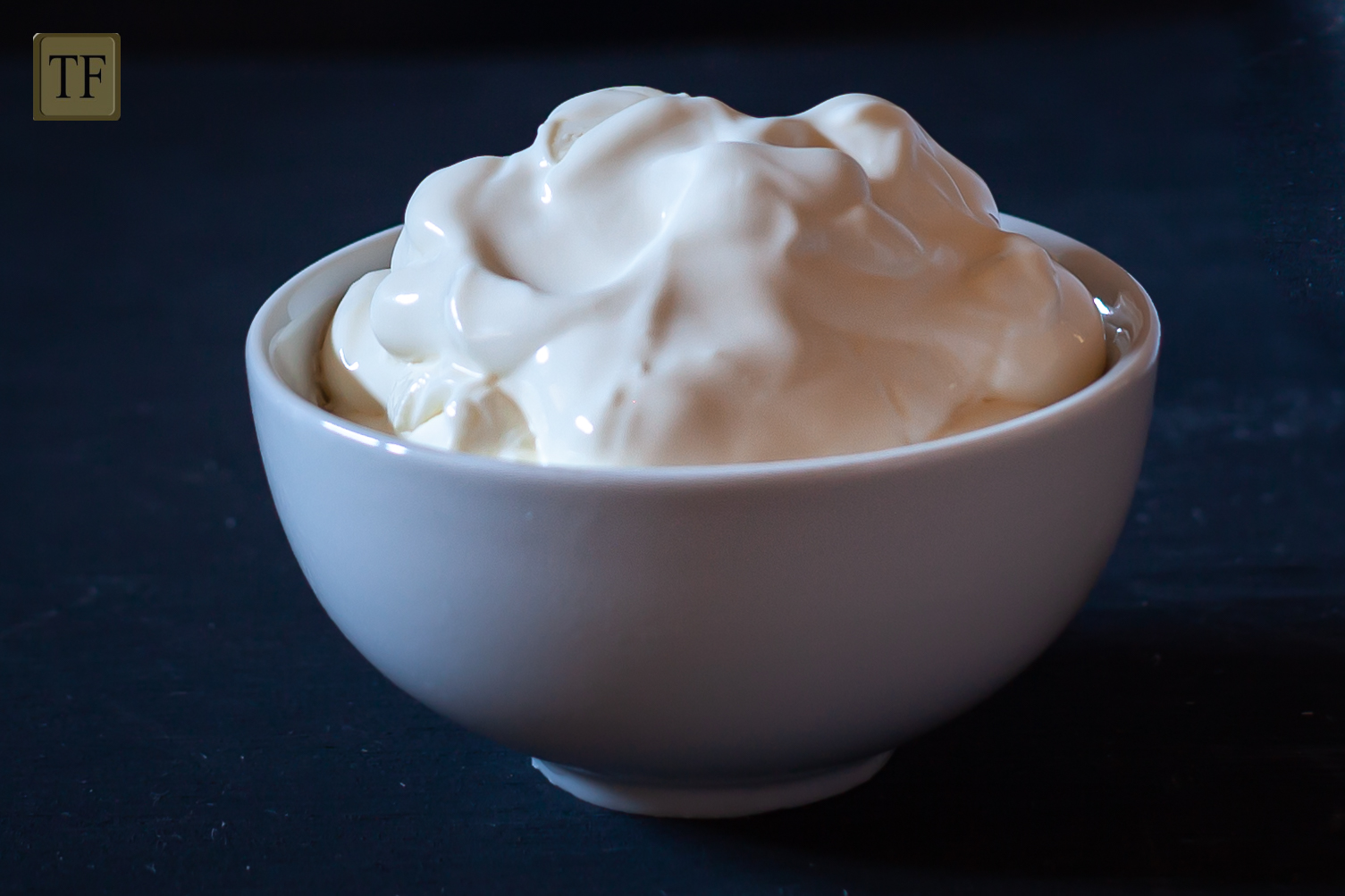 Sour cream is really very easy to make. We use an Instant Pot Ultra, Horizon cream and a real sour cream starter culture from Cultures for Health. This creates incredible sour cream, and also saves money. By making it ourselves, we know exactly what is in it, since it’s just high quality cream cultured with a real sour cream starter culture. Even better, this is an eco-friendly swap because Horizon is taking action on climate change to be carbon positive in just 3 years, and an Instant Pot is a great way to use less energy and eat better.

Because this is a cultured product, it is important that everything is clean. Start with fresh cream that is not near its expiration date. Remove the sealing ring on the Instant Pot lid and leave it off. Thoroughly wash the inner pot and the lid with very hot water.

It is possible to make successive batches of sour cream from a few tablespoons of a previous batch, but we always start with fresh starter culture to make sure it is strong and the cream is kept clean. The starter culture comes in powdered form in tiny packets and conveniently stores for months in the refrigerator.

Sour cream that you can buy in the grocery store is often half cream and half milk. We prefer to make the sour cream entirely of cream, but you could make it with half Horizon milk as well.

The cream is first heated to 145 degrees F, because this causes the proteins to tighten and will produce a thicker sour cream. The temperature is then allowed to drop to 77 degrees F before the starter culture is added. Then the mixture is kept at 90 degrees F for 16 hours while it thickens.

Tried this recipe?Let us know how it was!

MAKING SOUR CREAM IN AN INSTANT POT ⁠
We are celebrating the return of the Olympics with sunflowers by using sunflower seeds in our baking. This is the recipe for our sunflower seed baguette. Sunflowers from the Miyagi area of Japan are featured at the Olympics. The organizers said that after the earthquake and tsunami, the parents planted sunflowers on a hillside in Miyagi in memory of their children who died, and every year now the hill becomes covered with sunflowers. #Olympics #sunflowers #Olympicsunflower #food #bread #sustainable #climatechange #baguette #sunflowerseeds @kingarthurbaking @terrasoul @diamondcrystalsalt @redstaryeast #redstaryeast
FINNISH COOKIES ⁠
GROWING HERBS ⁠
SANTA CRUZ COUNTY WILDFIRE DAMAGE. Last year, a forest fire in northern Santa Cruz county, the CZU lightning complex fire, burned 86,000 acres. It was stopped as it reached the University of California, Santa Cruz campus north of Santa Cruz, where we live. As we are again in fire season, we felt it would be a good time to post a few photos we took of the area that was devistated by the fire last year. #SantaCruz #California #wildfire #forestfire #fire #environment #climatechange #climatechangeawareness
PAIN A L'ANCIENNE FRENCH BREAD - Everyone is always asking us for our secret pizza and bread recipe. Now it's no longer a secret. This recipe for Pain a l’Ancienne French bread is our master recipe for French bread, baguettes, ciabatta and pizza. It’s an easy, foolproof recipe that makes a bread that rivals the bread we found in Paris and the pizza in Italy. Click our link in bio to see the recipe. ⁠
Flammekuchen in Strasbourg France - The Strasbourg version of pizza. We made it when we got home and have posted the recipe on our blog (Link in Bio).⁠
STRASBOURG FARMER’S MARKET - We were able to catch a farmer’s market while visiting Strasbourg, France. A farmer’s market is a great place to get a feel for the local town, check out the food and talk to local people. ⁠
BROWNED BUTTER MACADAMIA NUT WHITE CHOCOLATE CHIP COOKIES - Our entry for the best chocolate chip cookie contest. We file this under pantry items because we make up the cookie dough ahead and bake them two at a time. Check out the recipe by clicking the link in our bio. We have also included tips for making this eco-friendly.⁠
HUMMINGBIRDS AT THE UCSC ARBORETUM⁠ We just posted no re photos on our blog (Check the Link in our Bio).
ICE CREAM IN AIX EN PROVENCE⁠ - we found incredible ice cream in France, and were able to make it with Creme Fraiche when we got home. Check out the recipe in the Link in our Bio.
FRENCH VANILLA ICE CREAM - We made the most incredible French vanilla ice cream I have ever had. Better than anything we had found in Paris. I was stunned. ⁠
Loading Comments...
%d bloggers like this: